The Institute for Bioenergetic Analysis (IIBA) is an International membership organization. IIBA was founded in 1956 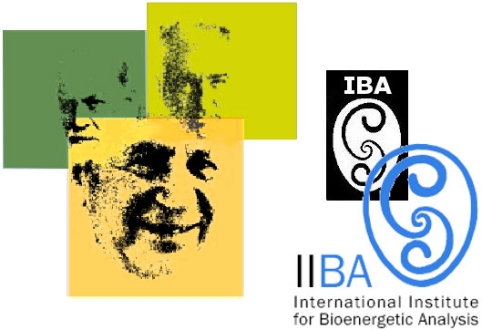 The IIBA is an International membership organization of psychotherapists devoted to the development and practice of Bioenergetic Analysis.

The Institute for Bioenergetic Analysis (IBA) was founded in 1956, in New York city, USA, by Alexander Lowen and two other students of Reich, John Pierrakos and William Walling. They separated a few years later and Lowen remained alone to manage the IBA.

The office of the IIBA was based for many years in Alexander Lowen’s own office in New York city, USA. The office then moved for several years to Zurich, Switzerland, and is now currently located in Barcelona, Spain.

Members belong to IIBA through membership in local societies, or as a member at large. The IIBA today has nearly 1600 active members and about 50 affiliated “local Societies” distributed worldwide. Bioenergetic Analysis is practiced in North America (USA, Canada), South America (Brazil, Argentina, Uruguay), throughout Western Europe, Israel and the Pacific area (New Zealand and Australia). Therapists from Eastern Europe (Poland, Russia) and Asia (China) have more recently discovered the practice and new training groups have started there.

Government, management supervision and control of the IIBA is in the hands of a Board of Trustees (BOT), elected by members for a term of 3 years.

An Executive Committee (EC) is to execute the policies of the IIBA. Officers are elected by the Board of Trustees, among its members. It shall manage the current business of the organization in accordance with the Mission Statement and Goals of the organization as defined by the Board of Trustees. These include, among other things, making decisions on current business ; appointing Chairs of Committees and Working Groups and appointing coordinators for specific tasks; keeping in contact with the IIBA Faculty and overseeing Teaching activities; presenting a yearly budget and yearly report on the financial situation of the IIBA to the membership; overseeing the organization of the International Conference, and officially representing the IIBA outside the organization.

Besides the link provided between all its members and affiliates, the IIBA also ensures the harmonization of trainings and practices, creating a common training “curriculum” and an International faculty (International trainers – 47 members in January 2013).

The IIBA is publishing a newsletter twice a year and a Journal (reader) once a year. Current information, events list (workshops, congresses) and resources are spread through the present website.

In addition to this main institution, regional federations are organized in Europe (EFBA-P), in Latin America (FLAAB) and in North America / New Zealand (NANZIBA), dealing actively with regional concerns.

Homepage for The International Institute for Bioenergetic Analysis