Dr. Alexander Lowen was born December 23, 1910, the first of two children of Jewish parents who emigrated to the USA from Russia. The family atmosphere was often very stressful. He spent a lonely childhood and adolescence playing in the streets of Harlem and engaged in physical activities, such as playing handball.

Alexander Lowen received a bachelor's degree in science and business from City College of New York, and a Doctorate in Law (JSD) in 1936, at Brooklyn Law School (New York, USA) and his Doctorate in Medicine (MD) in 1951 at the University of Geneva (Switzerland).

During his youth, he practiced regular physical activity and sports: yoga, rhythmic gymnastics, based on Emile-Jacques Dalcroze method ("body movement as an expression of being") and Jacobson relaxation (control of muscle tone and breathing).

Alexander Lowen met Wilhelm Reich in New York in 1940, and trained with him until 1952. He studied Reich's energy principles and character analysis. He also had personal therapy with Reich from 1942 to 1945 before becoming a Reichian therapist himself. In 1953, he split from Reich and his research on the "orgone". Lowen then developed "Bioenergetic Analysis" as his own creative contribution to help people clarify the complexity of the mind-body split.

He teamed up with two other students of Reich, John Pierrakos and William Walling and together created the Institute of Bioenergetic Analysis (IBA) in 1956, in New York. They separated a few years later and Lowen remained alone to manage the IBA.

Alexander Lowen resigned as Executive Director of the IIBA in 1996, without abandoning his therapist's activity, in New Canaan, Connecticut (USA), and his personal practice of bioenergetics exercises. He suffered a stroke in July 2006 and stopped as a therapist. However, his general health was good, and, although having a reduced mobility, he still had the desire to do physical exercises at the age of 96 years.

At a conference in 2004, when he was asked what had given more meaning to his life, Al Lowen replied without hesitation: "experiencing pleasure and vitality of the body." 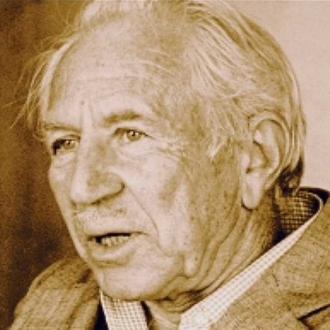